Prime Minister Benjamin Netanyahu announced Sunday that Meir Ben-Shabbat has been appointed as the incoming head of the National Security Council (NSC).

Ben-Shabbat takes up his new duties on Tuesday, Netanyahu said, adding that outgoing director Eitan Ben-David is staying on at the prime minister’s request.

“Meir has rich experience in defending the security of Israel, in the Israel Security Agency (ed. – Shin Bet), including his recent post as head of the southern district, and he carried out all of his duties with distinction,” Netanyahu said in opening remarks at the weekly cabinet meeting.

Ben-Shabbat, 51, is a married father of four who wears a kippah and self-identifies as a religious Zionist. He has spent the past three years as director of the ISA southern division, having been with the Shin Bet since 1989. He joined the agency right after completing his mandatory IDF military service in the Givati Brigade.

In particular, Ben-Shabbat has special expertise in the Gaza-based Hamas terrorist organization, and has participated in countless operations against the group over the past 20 years. He has also headed the Cyber Division; the National Anti-Terror Espionage, Research & Policy Branch; and the Southern Division.

“He is . . . familiar to members of the Security Cabinet who are already well acquainted with the clarity of his thinking. We welcome him,” Netanyahu said.

Ben-David “has done, and will continue to do, outstanding work. We commend him and thank him and we will, of course, continue to work together,” the prime minister added.

Bennett, a member of the Security Cabinet, praised Ben-Shabbat as someone with “deep and broad understanding of Israel’s national security.” He added, “It is vital that the National Security Council be a strong and vibrant body at the administrative and operative levels of our national security. It must also provide alternative opinions on diplomatic and security issues in order to prevent intellectual lassitude.”

Minister Tzachi HaNegbi, also a member of the Security Council, likewise expressed his support for the appointment, noting, “Filling the role is very important. I established the National Security Council Law as head of the Foreign Affairs and Defense committee after the Second Lebanon War. The law is designed to aid government decision-making on security and diplomatic issues.”

Yair Lapid, chairman of the Yesh Atid party currently in opposition, also said in a post on Facebook, “You have an important role in maintaining the security of the State of Israel.” 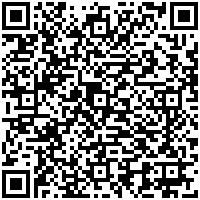