The ZOA is horrified, pained and shocked by the defamatory, obscene, hateful, ludicrous error-filled article published last week by Steve Davidson in the Forward Jewish Weekly in which ZOA President Morton Klein, a child of Holocaust survivors, born in a displaced persons camp in Germany, was listed number 6 (with Jew-killers/Jew-haters ) of “19 people Jews should actually be more worried about than Linda Sarsour.”

The Jewish Exponent listed Klein as one of the top 12 “activist Jews of the Century.”

Morton Klein painfully remarked, “My 95-year-old mother, a Holocaust survivor who lost most of her family due to the most anti-Semitic horror in history, called me crying when she was made aware of this devastating article listing me with the most monstrous Jew haters and Jew-killers of our era. She was hysterically crying in fear for my safety and reputation because of this insane article. She said it reminded her of the hideous Nazi propaganda against Jews during the Holocaust period.”

The Forward newspaper/Davidson has destroyed its own credibility by promoting major falsehoods in this article and by including Zionist, pro-Jewish, child of Holocaust survivors, president of the oldest pro-Israel organization Morton Klein on a par with the most monstrous Jew haters and Jew-killers of our era! The Forward falsely stated that Morton Klein is more dangerous to Jews than anti-Semite, Israel-hater, pro-BDS extremist Linda Sarsour.

False: Mort Klein defended them against the lies that Bannon is anti-Semitic and Gorka is a neo-Nazi – Because they’re not!

False: Mort Klein has never cozied up to anti-Semitic forces – He exposes and fights anti-Semites. That’s part of his job. After all, he is a child of Holocaust survivors having lost most of his family to the worst anti-Semitic horror in history.

False:  “Ostensibly” means stated, alleged but not necessarily true. Calling ZOA “ostensibly” a Jewish organization is more than misleading the reader from the factual truth. You may not agree with ZOA’s policies but we are unquestionably “Jewish.” ZOA is the oldest pro-Jewish State of Israel organization in America founded in 1897, with an almost total Jewish membership. All of our major donors are Jewish. We close our offices on all Jewish holidays and allow all of our employees to leave early on Friday before the Jewish Sabbath and early on all Jewish sacred days. Every one of our Presidents and Executive Directors, and Board Members have been Jewish. ZOA is a charter member of the Conference of Presidents of Major America Jewish Organizations.

Further, it’s obscene for the Forward/Davidson to state that ZOA ‘s Klein is danger to Jews, let alone a greater danger than Linda Sarsour. After all she shared a podium with Rasmea Odeh – who had been convicted of murdering two college students in a supermarket bombing in Israel and who will be deported for concealing her terrorist crimes on her immigration forms. Yet Sarsour said she was “honored and privileged to be on stage with Rasmea”. More on Sarsour:

The ZOA, whose past presidents include Justice Louis Brandeis, Rabbi Abba Hillel Silver and Stephen Wise, has been called “the most credible advocate for Israel on the American Jewish scene today” by the Wall Street Journal. The most prominent Arab American anti-Israel lobbyist James Zogby has complained about the “vocal and muscular ZOA that has risen like a phoenix” and has helped Israel by “forcing newspapers to change maps, forced politicians to change their votes”. Israel’s Prime Minister Benjamin Netanyahu has said, “The ZOA is an organization that refuses to compromise on the truth regardless of prevailing fashion… It is a bulwark of defense for Israel… I urge you to support the ZOA.”

The Forward/Davidson has ignored the extraordinary pro-Israel accomplishments of the ZOA.

It is no wonder Ambassador Dermer stated, “When we really need you, we know that the ZOA will be standing at our side.”

This is hardly the stuff of a man who heads the ZOA, that the Forward/Davidson claims is one of the 19 most dangerous people to Jews and Israel in the world and more dangerous than anti Semite Linda Sarsour.

No wonder top journalists from the JTA, Boston Globe, NY Post, Haaretz and others have cried out against this absurd defamation of ardent Zionist Morton A. Klein.

We have only two more words to say to Forward/ Davidson. FOR SHAME! 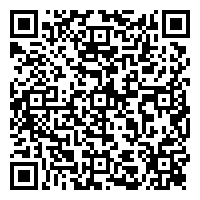