In a recorded address to the Christians United for Israel (CUFI) Virtual Summit 2020 on Sunday night, Israeli Prime Minister Benjamin Netanyahu touted the application of Israeli law to areas of Judea and Samaria — part of the “Peace to Prosperity” plan unveiled by US President Donald Trump in January.

“President Trump’s plan confronts a lie head on: that the Jewish people are foreign colonialists in our own ancestral homeland,” said Netanyahu.

“I encourage the Palestinians not to lose another opportunity, not to waste another century trying to destroy Israel. They should embrace President Trump’s vision and negotiate in good faith towards a historic compromise.”

Netanyahu has said Israel will begin the process of applying its sovereignty to parts of Judea and Samaria beginning July 1. 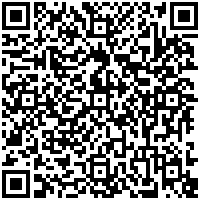