Prime Minister Benjamin Netanyahu said in statement following the conclusion of the Sabbath on Saturday night that there was no truth to the claim by Defense Minister Benny Gantz that secret negotiations had taken place on an arms deal with the United Arab Emirates.

“There is no basis for any such statement claiming that were secret negotiations,” Netanyahu told the Hebrew language television news channel N12.

“There was no such thing, there was no condition on the part of the Emirates for the sale of the F35 for a peace agreement and indeed, such consent was not given.

“The Emirates are constantly seeking to buy the F35 and are asking again and again for us to consider it; only yesterday (Friday) our consent was given following the guarantee of Israel’s qualitative military edge in the region. We gave our consent only yesterday,” Netanyahu said.

Upon his return from Washington on Friday, Gantz spoke with Netanyahu, about his meetings in the Pentagon and the agreement he signed with US Defense Secretary Mike Esper to secure Israel’s Qualitative Military Edge.

“This agreement was achieved after continuous discussions between Israel’s Ministry Of Defense and the Pentagon, that began after the previous visit of Defense Minister Gantz in Washington a month ago,” the Prime Minister’s Office said in a statement.

“The Defense Minister discussed the understandings reached with the United States, which will allow the procurement of advanced weapon systems that will significantly upgrade Israel’s military capabilities, maintain its security and its military advantage in the region as well as its qualitative military edge in the coming decades.”

Gantz was notified by the US administration during his visit of its plans to notify Congress of its intention to provide certain weapon systems to the UAE, the PMO said.

“The Prime Minister and the Defense Minister both agree that since the US is upgrading Israel’s military capability and is maintaining Israel’s qualitative military edge, Israel will not oppose the sale of these systems to the UAE,” the PMO said. 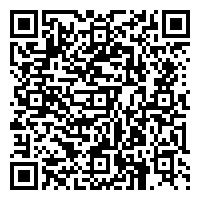