The IDF officers responsible for the breakthrough that led to the technological software used to track down Gaza terror tunnels have won this year’s Israel Defense Prize.

This is the most prestigious prize awarded by Israel’s defense establishment. It was created to highlight projects and activities that contribute to the security of the state from an operational and technological standpoint.

“There is nothing like this apparatus in the world, it led to a turning point in the campaign to thwart the tunnel threat,” said the Defense Ministry in its statement.

“The tunnel discovery project is based on a unique technology, which is almost science fiction,” Defense Minister Avigdor Lieberman said.

“Thanks to the people sitting here, we took away Hamas’s strategic weapon, in which it invested most of its military budget, hundreds of millions of dollars. The attack tunnels have become burial tunnels.” 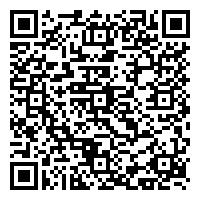