The Israel Cycling Academy will start the historic Giro d’Italia in Jerusalem next week with a pair of Israeli riders in a lineup which includes both experienced and young cyclists.

The 2018 Giro d’Italia will be the 101st edition of one of cycling world’s Grand Tour races. The Giro will start in Jerusalem on May 4 with a 6 mile individual time trial, followed by two stages in Israel. After a rest day, there will be 18 further stages in Italy to reach the finish line in Rome on May 27.

Making his Grand Tour debut at 23, Guy Sagiv, from Givat Nili, is currently in his third year as a professional cyclist. The two-time former Israeli national champion (2015 and 2016) is a reliable and hardworking cyclist. “He is a solid rider,” said Team Manager Kjell Carlström. “He has shown that we can always count on him to be an asset for the team. He deserves his place at the Giro.”

Guy Niv has improved the most this season. A full-time mountain biker just a year ago, the 24-year-old climber from Misgav in northern Israel, decided to concentrate on road cycling after he began to race with Israel Cycling Academy’s development team in 2017. He barely finished the first stage at the 2017 Tour of Utah, but he has since made enormous strides. “Nobody in this team has made so much progress in such a short time,” said Carlström. “The Giro will be extremely tough on him, especially the flat and windy stages, but Guy has an iron will and such a strong character that we believe he can overcome it. He is courageous and has come so far that we felt he deserved the chance. This is in line with the Academy’s DNA.”

Plaza, the most decorated rider in the team, who just won the Vuelta a Castilla y León over the weekend, said, “We have a wonderful and incredibly motivated team going to Jerusalem. We are making history for Israel and for all of us. I have no doubt, it will be a huge challenge to succeed in winning a stage but I am proud and excited to race with this group and battle the odds.”

The team acknowledged that their decision to bring two young Israeli riders is dramatic and somewhat surprising. Carlström explained, “Israel Cycling Academy has made changing the landscape of cycling in Israel its main priority. This is who we are and we all support this goal. It’s the reason this team was founded. While Sagiv and Niv have both progressed tremendously, bringing them to a Grand Tour already is definitely risky.”

“Sure, we could have gone with a stronger team to the Giro, but we know that between their continuous improvements, their proven mental grit and the backing of their teammates, they will do everything to make it through,” the manager continued. “More than that, they will help us. I am proud of this decision and confident we are sending a balanced, experienced, and versatile team. We are all motivated to succeed and that means making an impact in the race and winning a stage would be the icing on the cake.”

Team co-owner Sylvan Adams expressed his support for the team’s lineup. “The Giro squad was selected with the objective of picking the best eight men to achieve our specific goals in our first Grand Tour. I am particularly proud that two Israeli riders made the cut on pure merit, in furtherance of our team goals. This means that our development program is working. It would have been an unthinkable dream just a couple of years ago to place an Israeli in a Grand Tour and now we have two. I am very proud of our team and wish the riders luck and success in this historic Giro which begins on home soil.”

Ron Baron, team co-owner, is thrilled that the team is realizing their ambitious goal of racing a Grand Tour and in Israel no less. “I still need to rub my eyes to believe that this is all really happening. The dream of our young team founded less than four years ago is actually coming true as we are presenting a competitive squad of riders to race under the Israeli flag in the Giro d’Italia. The selection of two young Israeli riders should send a strong signal to the next generation of cyclists in Israel and worldwide that with hard work, their dreams can come true.” 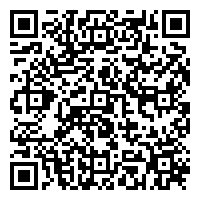