In late July, El Al Airlines withdrew its lawsuit that demanded restricting Air India’s new flights connecting New Delhi and Tel Aviv through Saudi airspace until the Israeli planes receive the same privilege from the Saudis. El Al said at the time that it decided to heed the urgings of the justices to drop the suit.

On Wednesday, with or without a connection to its grab of the lucrative Tel Aviv line, the Economic Times reported that India’s Civil Aviation and Finance Ministries are debating helping the ailing Air India to the tune of 11,000 crore rupees (that’s 1,100,000 lakhs, or $1.6 billion) in a bailout package.


A source in the Indian government told ET that “cleaning up the balance sheet of Air India airline will make it attractive for investors as and when the government decides to once again attempt strategic stake sale of the airline.”

The debt-stressed Air India has yet to pay its 11,000 permanent employees their July Salaries – making July the fifth-straight month in which the airline’s checks were issued late.

And if you’re still into cheap flights to third-world destinations, you may be interested to know that in late July Air India was forced to ground two of its aircraft operating between Mumbai and Newark, after passengers complained of being bitten by bedbugs.

The airline issued a statement saying: “Experienced experts have carried out extensive service on the aircraft from fumigation to overhaul of the upholstery, seat covers, carpets etc to ensure that passengers keep enjoying their in-flight experience with us as always without any complaint of inconvenience.”

El Al filed the suit in March, claiming unfair competition, and suggesting that Saudi Arabia, in recognition of its improved relations with Israel, allow the Israeli carrier to use its airspace. The court advised the company not to go there, and so El Al continued to take the circuitous path around the peninsula, which adds two hours to the flight times and increases the costs.

We think it’s a story about Karma, at least vaguely. Or not. 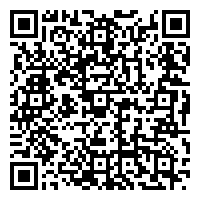