The Israeli High Court ruled on Tuesday, that the home of one of the terrorists who murdered Reuven Shmerling of Elkana in October 2017, won’t be destroyed, according to Radio Darom reporter Avichai Martziano.

The court decided that since that murderer was turned over to the authorities by his brother, there is no need to destroy the entire family’s home. Only the terrorist’s bedroom will be sealed.

The home of the second terrorist was destroyed in December. 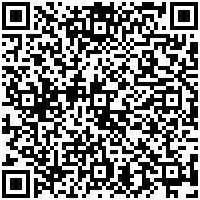