An internal survey conducted by the Israeli American Council Conference (IAC) which held its annual convention in Hollywood, Fl. this weekend, found that more than a third of Israelis living in the United States are confident they would continue to live there, and another 20% indicated that they are “uncertain” whether to return to Israel or not, Makor Rishon reported Sunday. In other words, more than 50% of Israelis living in the United States who answered the survey intend to stay. At the same time, they still define themselves as Zionists, support Israel, and will of course continue to visit.

The report did not mention how many participated in the survey and what was the margin of error, so it may be entirely wrong. Especially since, according to the report, only 3,000 participated in the convention, and they came from “across the United States and from Israel.” The IAC Facebook page boasts 101,819 followers, but there’s no way to gauge how many of them are Israelis living in the US without digging through the data. Still, the convention organizers claim the convention was the first and largest conference held in the entire Jewish world since the outbreak of the pandemic.


“The United States is home to these Israelis,” said Shoham Nicolet, the Founding and present Chief Executive Officer of the IAC, who suggested the survey reveals “a very big paradigm shift, so it’s important that we invest in those people to make sure that their and their children’s futures are better.”

Jonathan Sarna, the Joseph H. and Belle R. Braun Professor of American Jewish History in the department of Near Eastern and Judaic Studies and director of the Schusterman Center for Israel Studies at Brandeis University in Waltham, Massachusetts, said that one-tenth of American Jews are Israelis, and another tenth are Israelis from Russian-speaking countries.

But how many Israelis live in the United States? The Jewish Journal suggested back in 2012 that the number of Jewish Israelis who have emigrated to the US is about 230,000—approximately 4% of the Jews born in Israel. Together with their offspring (not all of whom have two Israeli parents or may, in fact, be Jewish) likely comprise 500,000 individuals. But those figures are as scientific as the IAC survey.

According to the United States Department of Homeland Security, between 1949 and 2015, about 250,000 Israelis acquired permanent residency in the United States. But Those statistics did not track those who eventually moved back to Israel.

A 2012 Global Religion and Migration Database constructed by the Pew Research Center showed that there were a total of 330,000 native-born Israelis, including 230,000 Jews, living outside of Israel, in the United States and elsewhere around the world. The current estimates, 140,000 Jewish Israeli emigrants have settled in the US – the remaining third preferring Canada, Europe, South America, South Africa, and, well, everywhere else.

So, to conclude these notes that are decidedly not based on a real census, about 70,000 Israeli-Americans and their dubiously Israeli offspring are going to stay in the United States. And some will probably attend future IAC conventions. 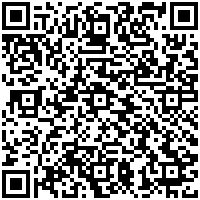