The IDF discovered a 1.5 mile long terror tunnel that led from Gaza to Kibbutz Ein Hashlosha. The tunnel was discovered on Wednesday, but  the IDF censor only permitted publication of the find on Sunday.

The tunnel was a complex structure branching out in multiple directions,with multiple entry and egress points. It was laden with explosives and other surprises.


It is clear to the IDF that this tunnel was designed for kidnappings and a major terror attack.

The IDF has uncovered several tunnels leading from Gaza to nearby Jewish communities, over the past few years.

Recently, the IDF has begun a plan to reduce the military presence along the Gaza border as well as take away the armored vehicles belonging to the local town security units, based on, apparently incorrect assessments, that the threat level from Gaza has diminished.

A Gazan Arab was killed a few weeks ago as he tried to infiltrate into Israel across the fence. 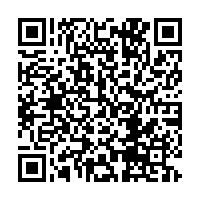