“When I first heard the man from the news say the word ‘Corona’ I imagined a big dracorona, spitting fire and attacking whomever stood in its way.”

The Israeli Defense Force has begun a new initiative in its fight for Israel’s survival on the medical home front, continuing its assistance to the nation in the battle with COVID-19 but now focusing especially on the need to educate children about the enemy.

The purple dragon sitting on the cover of the 11-page booklet, translated also into English and other languages, does not seem to be nice or friendly.

Here’s the link to the English-language booklet, ‘Dracorona’.
Dracorona English 2

“We understand that it’s very important to say that the reality should be explained to children according to their level of understanding, their language and their emotional capacity,” Eisman told JewishPress.com in an interview.

Eisman, 46, spent 120 days on reserve duty last year, and describes her IDF position as being the spokesperson for the Home Front Command on children, “something like a national comforter for children.” In civilian life, Eisman is an academic lecturer in psychology, has a Masters Degree in political leadership, and is an administrator at a resilience center. She is also an author of two books as well.

The story of Dracorona, which she wrote, “is told from a child’s point of view, who doesn’t understand how there can be an invisible threat.

“We are used to alarms, and rockets,” Eisman pointed out. “And now, there is an invisible threat that affects his life in such a way.

“Young children have a hard time understanding this, and it is in their imagination that this threat is much, much bigger. That’s why I called it ‘Dracorona — from the word, dragon — because the children imagine a huge dragon coming on.”

Explaining to children how to deal with the Coronavirus involves using all forms of modalities, Eisman says. “The stories are written for children ages 5 to 10.”

There is also a video of Kofiko, the beloved animated Israeli children’s monkey character, together with Eisman herself, talking about having to get a new COVID-19 vaccination shot. Kofiko expresses the fears and concerns of the children while Eisman provides the answers and explanations, helping to debunk and defuse any misconceptions the children might have.

A card game has been created and is being distributed through the classrooms by teachers to children ages 11 and 12.

And a Coronavirus Dictionary has also been produced (and translated) for distribution among children ages 10 to 12, through the schools.

What about the older grades?

“We want the teenagers to be more active in their communities,” Eisman says. “In the older grades, we encourage them to volunteer, and to get vaccines.”

In addition, a special slogan with a song is being promoted through a special program in the schools that says in Hebrew: “Ani achra’ee Ma-Ma-Sh.”

It has a special meaning: “I am in charge, MAMASH”, has another meaning. The word “mamash” — which means “really” in Hebrew, in this case is an acronym for:
Ma — Masicha — mask
Ma — Mirchak — (social) distance
Sh — Shtifah — (Shtifat yadayim) — washing hands.

The IDF hopes the children will memorize this slogan, and then learn to live with it, at least for now. 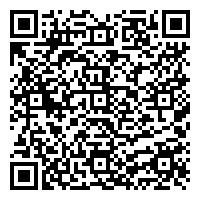