Wednesday marked the 10th anniversary of the first combat interception of Rafael’s Iron Dome Air Defense System, a milestone event that was followed by over 2,500 combat interceptions of rockets launched by Gaza-based terrorists at Israel at a success rate of 90%, and numerous lives saved.

Iron Dome’s development began in December 2007, shortly after terrorists in Gaza began to launch domestically-developed rockets, and was completed in less than three years.


Within less than a month after being deployed, on the evening of April 7, 2011, the system was tested in combat for the first time when a rocket that was launched from the Strip was detected by Iron Dome’s radar. Within seconds, the data transmitted to the Battle Management Center (BMC) was processed. With precise impact location provided by the BMC pointing to the southern Israeli city of Ashkelon, with a population of more than 130,000 civilians, the operators decided to launch an interceptor and made combat history by intercepting the threat, preventing civilian injuries and significant damage to property.

Iron Dome has played an instrumental role in every conflict since then.

Iron Dome’s first massive and dramatic performance took place during operation Pillar of Defense in 2012, when it intercepted over 500 explosive projectiles fired from the Gaza Strip onto different parts of Israel, including heavy rocket barrages.

Iron Dome had become a game-changer, earning it the Israel Security Award in 2012.

Iron Dome provides selective defense. Its ability to discriminate between threats headed towards a populated area and those that will fall into the sea or open fields reduces costs and limits unnecessary interceptor launches. A single battery can protect a medium-sized city.

Iron Dome’s development has continued throughout the years, and its capabilities today include wider coverage, providing protection against a broader spectrum of threats, the ability to handle simultaneous threats, very high-volume salvos, and more.

Rafael’s President and CEO, Maj. Gen. (Ret.) Yoav Har-Even stated that “Iron Dome is a household name in Israel, and has become synonymous with excellence. We are proud of our teams of scientists and engineers who developed this extraordinary system and are continuing to do so on a daily basis. Thanks to them, Iron Dome’s capabilities are light years beyond its original design.”

He further noted who the defense system “enables military and political decision-makers to make calm and collected decisions. It has allowed Israel to carry on its daily routine, even while being targeted by an indiscriminate enemy.”

The Iron Dome, which is designed for short-range interceptions, is part of Israel’s multi-layer defense system, which includes four operational defense layers: the Iron Dome system, the Magic Wand system, designed to contend with mid-range missiles, and the Arrow 2 and Arrow 3 systems, developed for long-range threats.

They provide a defense against a wide array of ballistic projectiles, with eyes on the Iranian ballistic threat and those presented by the Hezbollah terror organization from Lebanon and Hamas and Islamic Jihad from Gaza.

In 2018, the Iron Dome system was voted Israel’s all-time top innovation in a competition organized by the Ministry of Economy in honor of Israel’s 70th Yom Ha’atzmaut (Independence Day) celebrations. 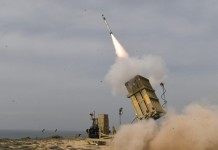 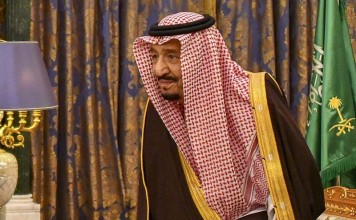