Interviewed as part of a pro-Palestinian filmmaker’s 2010 documentary, “Cultures of Resistance,” Malley said it was a mistake to think of groups like Hamas and Hizbullah only “in terms of their terrorist violence dimension.”

“They’re social political movements, probably the most rooted movements in their respective societies.”


Hamas, he said, “has deep loyalty, it has a charity organization, a social branch – it’s not something you could defeat militarily either.”

“There’s so much misinformation about them,” Malley continued. “I speak to them, my colleagues speak to them. Now we may disagree with them, but they have their own rationale.”

“None of them are crazies,” he said. “They may do things that we consider belong to a different realm of rationality, but within their own system, it’s often very logical.”

Back in 2007, Malley’s views on Syrian President Bashar al-Assad raised eyebrows too.

When then-House Speaker Nancy Pelosi (D-Calif.) visited Syria in April 2007 the Bush administration and others criticized her for doing so.

But Malley called the criticism “absurd,” and suggested that Assad could change his policies on collaborating with Iran and terrorist groups if the Bush administration ended its “hostile policy.”

Who Is Robert Malley?

DiscoverTheNetworks.org, a project of the David Horowitz Freedom Center, has a detailed dossier on Robert Malley. Here are some salient points:

Robert Malley was born in 1963 and lived in France from 1969-80. His mother [Barbara Silverstein Malley] worked for the United Nations delegation of the National Liberation Front, the leftist anti-American political party that led the independence movement in Algeria in the 1950s and early ’60s.

Robert’s father, the late Simon Malley, was a key figure in the Egyptian Communist Party. The elder Malley was bitterly anti-Israel; a confidante of PLO leader Yasir Arafat; an inveterate critic of “Western imperialism”; a supporter of various leftist revolutionary “liberation movements,” particularly the Palestinian cause; a beneficiary of Soviet funding; and a backer of the 1979 Soviet invasion of Afghanistan.

Robert Malley attended Yale University and in 1984 was a Rhodes Scholar at Oxford, where he earned a Ph.D. in political philosophy. He then went on to earn a J.D. at Harvard Law School, which he attended at the same time as Barack Obama. And in 1991–92, Malley clerked for Supreme Court Justice Byron White.

After his clerkship, Malley became a Fellow at the Council on Foreign Relations. He subsequently served as the U.S. National Security Council’s Director for Democracy, Human Rights, and Humanitarian Affairs from 1994-96; National Security Advisor Sandy Berger’s executive assistant from 1996-98; and President Bill Clinton’s Special Assistant for Arab-Israeli Affairs from 1998-2001. In July 2000 he was a member of the U.S. peace team that participated in the Camp David Summit between Bill Clinton (who brokered the talks), Israeli Prime Minister Ehud Barak, and Palestinian Authority Chairman Yasir Arafat. The talks ended without an agreement.

Since 2001, Malley has written several controversial articles – some were co-authored with Hussein Agha, a former adviser to Arafat – blaming Israel and exonerating Arafat for the failure at Camp David. For instance, in a July 2001 op-ed (titled “Fictions About the Failure at Camp David”) which was published in The New York Times, Malley alleged that Israeli, not Palestinian, inflexibility had caused the previous year’s peace talks to fail.

In an August 9, 2001 piece, “Camp David: The Tragedy of Errors,” Malley and Agha again dismissed claims that the Camp David talks had failed when “Ehud Barak’s unprecedented offer” was met with “Arafat’s uncompromising no.” Rather, they wrote, Barak had taken an unnecessarily hard-line approach in negotiating with Arafat. According to the authors, Arafat believed that Barak was intent on “either forcing him to swallow an unconscionable deal or mobilizing the world to isolate and weaken the Palestinians if they refused to yield.” 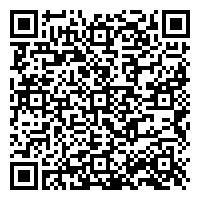