After speaking to Congress and just days before facing an election at home, Prime Minister Benjamin Netanyahu spoke with Israel Hayom, Israel’s most popular daily.

Netanyahu said he was optimistic about the lasting effects of his speech. “I got the impression that my remarks were very well received by the American public as well as the members of Congress, both Republican and Democrat. I met with the Senate leadership after the speech and it was clear to me that the key points I raised had settled deep in their awareness, creating a foundation for debate and certainly prompting quite a few people to rethink their views.”


Netanyahu added that “Contrary to what people may say, the relations between Israel and the U.S. are strong, and they will overcome this disagreement. If the [emerging Iran deal] is brought to Congress for approval –and there is a real possibility that it will – I have no doubt that my speech served to shore up support for Israel’s stance. Until my visit to Washington the hot-button issue was ISIS. Indeed, the threat of ISIS is an important issue, and fighting the group is an important fight, but when comparing the threat posed to the world by ISIS to the threat posed by a nuclear Iran, a nuclear Iran is far more dangerous, and the threat spans the globe. My address to Congress and the debate that preceded it placed the issue of a nuclear Iran back on the global agenda.”

Some other highlights of the interview:

It was reported that you and then-Defense Minister Ehud Barak talked about launching a military campaign against Iran several years ago. Similar remarks were made by former Mossad chief Meir Dagan. What exactly happened there? Has the military option been removed from the table?

I am not here to talk about what we planned to do or what we are planning to do.

Former IDF Chief of Staff Benny Gantz also hinted something about that.

I am only going to say that Israel will not allow Iran to develop nuclear weapons.

But Obama has also said that he will not allow Iran to develop nuclear weapons. How do you explain the disparity between your two positions?

We disagree on how to prevent it. The deal that the world powers are currently promoting is actually paving the path for Iran to arm itself with nuclear weapons. This agreement sends a clear message to Iran that if it honors the agreement for ten years, it will be given the total freedom to use fissile material to manufacture an unlimited number of nuclear bombs. No one is confronting the reality that is inherent in the agreement. The biting sanctions imposed on Iran in 2012 quickly brought them to the negotiations table – something they refused to do as long as the sanctions were softer. Sadly, the interim agreement that was signed released some of the pressure off Iran.

The Iranians do not believe the West has the necessary conviction to intensify the sanctions – precisely at a time when biting sanctions would be most effective with the falling prices of oil. The Iranian economy would have difficulty overcoming that, and there is an opportunity to bring the Iranian regime to accept terms that it is currently not willing to accept. What is necessary now is determination, to demand the basic stipulations that I proposed in my speech in Washington. I raised these two demands, and they are different from what is currently on the table, under a framework that would be far better than the existing agreement. My alternative to the existing agreement is securing a better deal, or no deal at all. Both options are better than the agreement currently emerging.” 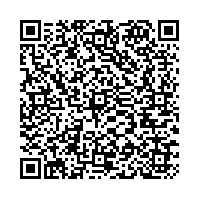