The State of Israel is officially worth more than 17 trillion shekels or NIS 17,638,763,277,054 to be precise, Finance Minister Moshe Kahlon revealed Tuesday morning as he opened trading on the Tel Aviv Stock Exchange (TASE).

To mark Israel’s 70th anniversary of independence earlier this year, the TASE conducted an initial estimate of the valuation the State of Israel would achieve if it were floated on the exchange.

The valuation, using the methodology employed by the World Bank in a recent a survey of the valuations of 140 countries, found that Israel would be worth NIS 16 trillion – Israel was not included in the original World Bank survey. The valuation was then revised upward based on a questionnaire to the general public examining measuring human capital in the country.

“A country that doesn’t grow is a country is a country in decline,” Kahlon said at the opening bell. “Growth is the answer to social, economic and security [needs]. Today we are at a debt-to-GDP ratio that is one of the lowest in our history/ Low debt leads to strong ratings, a strong stock exchange and a strong economy. But economies are cyclical … and my job is also to prepare the economy for crisis. We must continue to lower our debt even though sometimes we are criticized for that. Low debt is important for the future of Israel.” 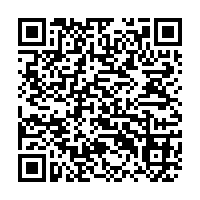