Last weekend, an 8-year-old girl from Bu’eine Nujeidat, an Arab local council in the Northern District of Israel, arrived at the emergency room of Baruch Padeh Medical Center near Tiberias, after accidentally swallowing a 2-inch long iron nail.

The girl apparently tried to puncture the bottom of a bottle of water using a nail, while playing with a friend. She dug the nail at the base of the bottle and then, when she tried to pull it out with her teeth, the nail flew into her mouth and was swallowed it.


Dr. Avi On, director of the pediatric gastroenterology unit at Baruch Padeh, explained: “If you swallow a sharp, long object like a nail, the danger is great, and we must try to pull it out quickly, before it passes through the stomach and then you can’t pull it out with an endoscope.”

An endoscope is an illuminated optical tubular instrument used to look deep into the patient’s body in a procedures called endoscopy. Unlike many other medical imaging techniques, endoscopes are inserted directly into the organ.

“It should be noted that in the case of a long, sharp object such a nail, there are many risks: there’s the risk of injury, including tearing a hole in the esophagus, the small intestine or the stomach,” Dr. On said.

The girl was rushed to the operating room, and “we went in with the endoscope but could not find the nail in the stomach,” Dr. On recalled. “Later on it became clear that the nail had reached the duodenum (the first section of the small intestine). In the intestines the process of removing a foreign object is much more complex.”

“Moving slowly, we managed to use the endoscope to grab the nail, transfer it to the stomach and then pull it out through the esophagus,” Dr. On related.

The girl was released the next day feeling well. Dr. Avi On warned both children and their parents not to insert small objects, sharp objects or anything that can be dangerous, into their mouths. 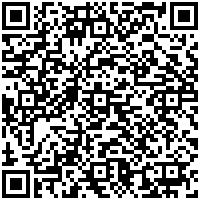