Officials in the State of Israel are closely monitoring events taking place at Congregation Beth Israel in Colleyville, Texas, where an armed gunman took a rabbi and at least three worshipers hostage on Shabbat.

Prime Minister Naftali Bennett said in a tweeted statement that he is “closely monitoring the hostage situation taking place in Congregation Beth Israel in Colleyville, Texas. We pray for the safety of the hostages and rescuers.”

The Israel Ministry of Foreign Affairs said in a statement three hours into the ordeal that Foreign Minister Yair Lapid spoke with Livia Link, Israel’s Consul General in Houston who is on her way to the scene of the incident.

Lapid also received an update on what is happening on the ground.

“Our thoughts and prayers are with our brothers and sisters being held at Congregation Beth Israel in Colleyville, Texas,” the minister said.

“We are carefully following the hostage situation and are in close contact with American law enforcement agencies.”

Likewise, Diaspora Affairs Minister Nachman Shai said in a tweet that he, too, is “monitoring closely” the hostage situation unfolding at the Congregation Beth Israel in Colleyville, Texas, from Israel.

“Monitoring closely from Israel the hostage situation unfolding at Beth Israel Congregation where the Jewish community gathered for Shabbat services in Colleyville, Texas. Praying for an immediate and safe end,” the tweet read. 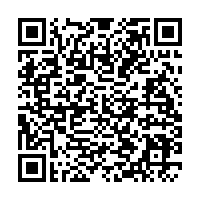