Statement from the office of the Prime Minister of the State of Israel:

Israel rejects this shameful anti-Israel resolution at the UN and will not abide by its terms.

At a time when the Security Council does nothing to stop the slaughter of half a million people in Syria, it disgracefully gangs up on the one true democracy in the Middle East, Israel, and calls the Western Wall “occupied territory.”

The Obama administration not only failed to protect Israel against this gang-up at the UN, it colluded with it behind the scenes.

Israel looks forward to working with President-elect Trump and with all our friends in Congress, Republicans and Democrats alike, to negate the harmful effects of this absurd resolution.

Prime Minister Benjamin Netanyahu ordered a series of diplomatic steps against the countries who cosponsored the anti-Israeli resolution in the Security Council and with whom Israel has diplomatic relations. 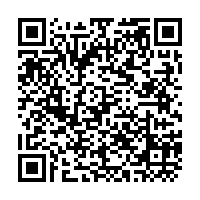