Israeli Education Minister Rafi Peretz on Sunday defended his remarks over the weekend regarding gay conversion therapy, saying they had been misunderstood and misrepresented in a “cynical” way which “further deepens the rift in Israeli society.”

Peretz responded on Sunday in a long Facebook post to criticism over remarks he made during a Saturday-night interview broadcast on Channel 12, in which he said he believes that “it is possible” to change one’s sexual orientation. Since the interview aired, Peretz has faced ire from a wide array of Israeli politicians and celebrities, many of whom have said his opinions make him unfit to be education minister.

According to Peretz, however, “When I was specifically asked about conversion therapy, I said from my own experience only that when students contacted me and asked for guidance I referred them to professionals at their request and saw it was possible. I did not say I support conversion therapy.

“I believe that most of those who heard about the interview did not watch it. The responses distorted my words, using cheap populism that further deepens the rift in Israeli society, and I am pained by that,” he added.

“It isn’t my statement that they attack, but who and what I represent,” he wrote. “There is a struggle over the right to think differently.”

“I love and respect every person as he or she is,” he added. “This is the essence of my educational path, this is my approach to life.”

Transportation Minister Bezalel Smotrich tweeted Sunday that “since not expressing my personal opinion can be interpreted as abandoning Rabbi Rafi to the violent media lynch that he has been going through since last night, from this moment on I stand by him. I don’t have to agree with his every word for this. I’m simply not prepared for a reality in which all ‘freedom-of-speech seekers’ again prove that they are in essence thought dictators.” 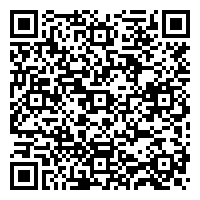