JERUSALEM – Israel’s military and security services worked overtime during the Sukkot holiday, as officials contended with domestic and international crises that could have short- and long-term ramifications for both the peace process and the global war on terrorism.

As Prime Minister Benjamin Netanyahu prepared for his trip to the United Nations in New York and his scheduled meeting with President Obama and possible meeting with Palestinian Authority President Mahmoud Abbas at the UN, Vice Prime Minister and Defense Minister Moshe Ya’alon called an emergency meeting Monday with IDF Chief of Staff Benny Gantz and intelligence officials. They discussed the violence against IDF soldiers in the West Bank and the massive terrorist attack on an Israeli-owned shopping mall in Nairobi, Kenya.


Two Israeli soldiers – Sgt. Tomer Hazan of Bat Yam, a Tel Aviv suburb, and Sgt. Gal Kobi of Tirat Hacarmel – were killed over the past few days by Palestinian terrorists near Kalkilya and Hebron. Hazan’s murderer, Nidal Omar, who was illegally employed by the Jewish owner of a grill restaurant in Bat Yam, lured him to a village near Kalkilya and strangled him. Kobi’s unidentified killer, a sniper, fired from a rooftop while the soldier was on patrol near the Cave of the Patriarchs, site of thousands of Chol HaMoed visitors. The IDF immediately evacuated the visitors in the aftermath of the terrorist attack.

A former vice commander of Israel’s Shin Bet told Israel’s Channel 10 TV News last weekend that the country’s internal security service had thwarted nearly thirty kidnapping attempts and other terror operations by Palestinian terrorists during the past year. “And it won’t stop either,” he stated emphatically.

Arab and Israeli TV news reports said in recent days that Hamas is attempting to destroy the renewed peace talks between Israel and the PA by provoking Israel to attack Gaza. Hamas is in dire financial and political straits after being accused by the ruling Egyptian military of directly supporting terrorist activities against Egyptian forces in Sinai and Cairo.

Egyptian forces have blown up nearly all of the major Hamas smuggling tunnels between Egypt and Gaza and have repeatedly closed the Rafah Crossing between Egypt and the Gaza Strip. Israeli newspapers said that Hamas and Islamic Jihad have tested several new medium-range missiles in their arsenal, many of which could hit Tel Aviv and Jerusalem.

A growing number of Knesset members from parties in Netanyahu’s governing coalition called on the Israeli leader earlier this week to repeal the government’s policy of releasing Palestinian terrorists as part of the peace process. Jewish Home Party leader and Minister of Industry, Trade and Labor Naftali Bennett criticized Netanyahu for releasing terrorists with blood on their hands as part of negotiations with the Palestinians. Bennett maintains that this gesture has “not stopped the Palestinians from killing more Israelis.”

Meanwhile, Israeli intelligence is still assessing the carnage and fallout from the terrorist attack over the weekend on the upscale Israeli-owned Westgate shopping mall in the heart of Nairobi that left dozens dead.

Foreign reporters on the scene say they saw members of an elite Israeli anti-terror squad assisting Kenyan military and police teams trying to extricate hostages and eliminate the Al Shabab Islamic terrorists who invaded the facility.

A Kenyan security source confirmed that Israelis “are rescuing the hostages and the injured” but Israel’s Foreign Ministry declined requests to confirm or deny that its agents were involved in the operation.

Several Israelis who were in the mall at the time of the attack, including the owner of the Art Café shop and a high-ranking member of the local Jewish community, escaped unharmed.

While Israel has refused to comment officially on its involvement in the military operation, a former IDF military official told Channel 10 that Israel has worked closely with the Kenyan government to deal with the growing terrorist threat there. 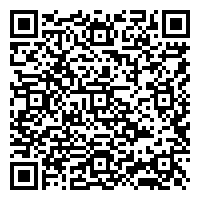