At age 28 and only a year after winning her bronze medal at the Rio Olympics, Yarden Gerbi on Monday announced her decision to retire from Judo, Israeli media reported.

“I returned to training this year and inside me burned the fire of a new start and new goals, without pressure,” Gerbi told a press conference in Tel Aviv. “I was in a training camp in Japan, which was the best thing ever, and later, too, in a camp in Spain, I was free from pain and from injuries.”


“But as I continued to practice, I felt that the fire inside me was fading,” Gerbi confessed. “I became the kind of person who’s wondering if I should get up in the morning, and I tried reinventing myself.” In the end, she said, “unfortunately, the fire inside me has gone out completely.”

“One of my dreams was to compete in the European Championship in Israel in 2018,” Gerbi said, “But I can’t compete there and give 100 percent. So, after a period of indecision, I decide to retire from Judo.”

“I end my career with my head held up high and I am proud my path, which was uncompromising,” she stated.

The Olympic medal was particularly gratifying to Israelis, after their national delegation had come home with empty hands from the 2012 London Olympic Games. 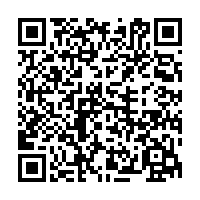