Israeli Researchers have discovered a protein that is central to delaying cell death, which “could lead to new approaches to treating cancer.”

The findings, led by Hebrew University graduate student Chen Hener-Katz and involving a collaboration between Prof. Assaf Friedler of the Hebrew University and Prof. Atan Gross of the Weizmann Institute, were published in the Journal of Biological Chemistry in an article titled ”Molecular Basis of the Interaction between Proapoptotic Truncated BID (tBID) Protein and Mitochondrial Carrier Homologue 2 (MTCH2) Protein.”


The discovery by Prof. Gross of the MTCH2 protein as well as its relationship to tBID, allowed the research team to develop a technique that mimics apoptosis.

Programmed cell death, or Apoptosis, is a critical defense mechanism against the development of abnormal cells like cancer, according to HealthCanal.com. “Cancer cells usually avoid this process due to mutations in the genes that encode the relevant proteins,” it continues. “The result is that the cancer cells survive and take over while healthy cells die.”

”These protein segments could be the basis of future anti-cancer therapies in cases where the mechanism of natural cell death is not working properly,” said Prof. Friedler, head of the school of chemistry at the Hebrew University. ”We have just begun to uncover the hidden potential in the interaction between these proteins. This is an important potential target for the development of anticancer drugs that will stimulate apoptosis by interfering with its regulation.”

The potential ramifications of this discovery was described in the Weizmann Institute’s 2010 Update on Cancer Research: “Scientists can use this newly gained knowledge to devise novel therapeutic methods. If clinicians could regulate the production and activity of MTCH2, they would be able, for instance, to ‘turn on’ mitochondria apoptosis in cancerous cells and turn it ‘off’ in the brain cells of patients with Parkinson’s and Alzheimer’s diseases.” 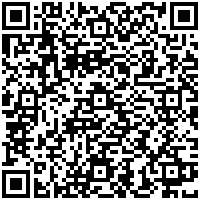