A recent survey of the OECD’s (Organization for Economic Cooperation and Development) 34 countries suggests that Israelis are enjoying a Scandinavian-level quality of life, with Israel ranking sixth in ‘life satisfaction.’

In spite of the seemingly-ubiquitous security concerns, 70% of Israelis surveyed reported feeling safe walking home at night, while the homicide rate in Israel is comparable to the OECD average (2.1 murders/100,000 people).

Still, the survey found that Israel ranked 24th in employment rate (with 60% of eligible workforce employed), while of those Israelis that are employed, nearly 20% of work long hours (defined in the survey as working at least 50 hours a week).

Denmark was rated as having the most satisfied citizens in the developed world, followed by Norway, the Netherlands, Switzerland, and Austria. After Israel, Finland, Australia, Canada, and Sweden rounded out the top 10.

JTA Contributed to this report 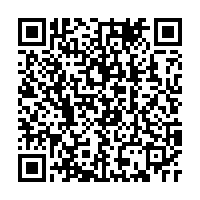