Israel’s Chevra Kadisha (Burial Society) has rejected the government’s plan for mass burials in the event of a mass casualty incident, and submitted an alternative plan to Home Front Defense Minister Matan Vilnai on Sunday.

The Chevra Kadisha Forum, in a letter to Vilnai, challenged the Interior Ministry’s 2011 plan, which mandates temporary burial in coffins at temporary cemeteries as well as the option of transferring bodies to cooling facilities until they can be identified and final resting places can be arranged. According to the Interior Ministry’s plan, such transfers would not take place during the national emergency itself.

According to the Forum, which is headed by Wolf Rosenberg and brings together the 12 major chevrot kadisha in Israel, the Interior Ministry’s plans are “problematic from a halachic and humane perspective.”

The Forum wrote that it would be able to provide a proper and permanent burial even during a national emergency, through advanced and standardized planning. Crucial to its plan is the provision of a permanent reserve of 10,000 vacant burial plots designated specifically for national emergencies.  “All work would be performed by chevrot kadisha. Allotment of these reserves would occur on the national level, from the north to the south, and the land used will be from areas adjacent to or nearby existing cemeteries, so that the necessary infrastructure and facilities will be well-prepared for emergencies.” Such a plan would require “the state to unfreeze lands adjacent to cemeteries and designated for expansion, and expedite approvals for designated lands or cemeteries.”

The Forum lamented that “as it stands now, there is no chance that chevrot kadisha would be able to to perform the necessary tasks. The system would collapse within minutes. This is a nightmare scenario of which the chevrot kadisha are not ready to participate.”

The Forum added that “this solution will spare the grieving families the added pain of exhuming the dead from makeshift cemeteries to permanent ones, will spare another burial and all the accompanying trauma. Our solution preserves the dignity of the dead as well as result in significant financial savings. 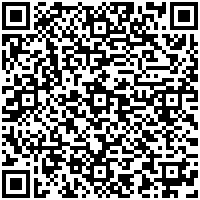