Israel exports to Asia have surpassed export to the US for the first time, according to a report in the the Israeli financial paper the Marker.

The Israel Export Research Institute reported that from October 2011 to January 2012, the US share of Israeli exports had drastically declined as compared to the same period the year before. Exports to the US registered a 7% drop, from 27% to approximately 20%, or $2.9 billion. In contrast, Israel’s exports to the Asian market have seen healthy growth, with an increase of 9% over the same period, totaling $3.1 billion.

Israel’s exports to the EU are also growing at a very robust rate, increasing by 21%, and bringing its share of Israeli exports to 35%, or $5 billion.

The Marker quoted Ramzi Gabai, chairman of theIsrael Export Institute as expressing concern over the US data, stating that if this trend continues, it might cause harm to Israel’s total exports. Still, the growth of the Asian and European markets are a source of pride for Israel, and have been greeted as a confirmation of Israel’s diverse and burgeoning relationships. 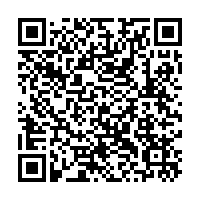