by Zeev Klein and Hili Yacobi-Handelsman

Israel’s capital, Jerusalem, is also the nation’s most populous city, with 924,800 residents, according to data released by the Central Bureau of Statistics ahead of Jerusalem Day 2020.

One out of every 10 Israelis lives in Jerusalem, and 560,000 of the city’s residents are Arabs, according to the report. Still, the city has suffered from negative population growth for years, and thus far 2020 has seen 8,400 residents move away.

Only 50 percent of adults in Jerusalem are employed, a much lower number than the national average of 63.5 percent. However, Jerusalem boasts one of the highest percentages of residents who work locally rather than commuting: 88.7 percent.

A total of 79,950 students are enrolled in Jerusalem elementary schools, 53,000 of whom are in haredi frameworks, with another 14,200 in religious Zionist schools and only 12,700 in secular public schools.

The population of Jerusalem is young, with a third (33.5 percent) of residents aged 0-14. In Haifa and Tel Aviv, the percentage of city residents age 14 and under stands at 19.9 percent and 18.5 percent, respectively.

It also turns out that Jerusalemites love to shop online. Ahead of Jerusalem Day, eBay has released data on the shopping habits of Israelis, and Jerusalem is second only to Tel Aviv in the number of eBay purchases. Haifa residents came in third.

Since Jerusalem Day 2019, residents of the capital have bought more than 950,000 items on the popular e-commerce site. The most popular eBay items for Jerusalemites are earbuds/headphones, watches, clothing, CDs and computer games.

Jerusalemites also use the platform to sell. In the past year,m they have sold more than 3 million items, including 178,000 kipahs—65 percent of which were purchased from the United States. 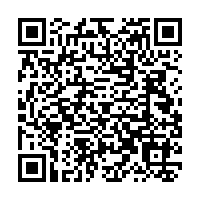