Honduras’s plan to relocate its Israeli embassy to Jerusalem was delayed by COVID-19 but will move forward in the coming days, the country’s government said on Wednesday.

Honduran Foreign Minister Lisandro Rosales Banegas told local media that the move would be taken in conjunction with the arrival in Honduras of an Israeli ambassador, which he said was expected soon.

The announcement comes amid a reorganization carried out in Tegucigalpa, involving new postings in embassies around the world.

Honduras under President Juan Orlando Hernández has pivoted toward closer technological and economic ties with Europe, as well as with Israel, resulting in a series of key ambassadorial appointments.

Hernández announced the opening of a trade mission in Israel’s capital in March 2019, and later in September that year arrived in Israel to inaugurate it.

In August, Israeli Foreign Minister Gabi Ashkenazi inaugurated the official representative office of Israel in Honduras through a virtual meeting.

“The Israeli office in Honduras will focus on promoting joint projects in the fields of economics and development,” the Israeli Foreign Ministry said in a statement. 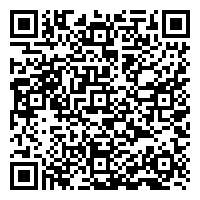