The Ministry of Housing and the Israel Land Authority on Sunday opened the tender, a bidding process for the construction of 1,257 housing units to be built in Givat HaMatos, an underdeveloped neighborhood in southern Jerusalem.

Ethiopian and Russian immigrants have been living in Givat Hamatos since 1991, which is situated right off of Jerusalem’s Derech Hebron road, in the area between Har Homa, Talpiot, and Gilo.

Sunday’s announcement is the latest development in the plans for the area since February 2020, when the tender was published for 1,077 units out of the 2,610 units for Givat HaMatos. Another 180 units were now added to the tender.

The announcement means that contractors can submit their proposals to win the right to build the units in Givat Hamatos. The final day for submitting the proposals is January 18th, 2021, three days before Joe Biden is slated to be sworn into office.

The Obama administration was opposed to Israeli construction in the Jerusalem neighborhood, as well as left-wing organizations.

The left-wing Peace Now organization, which opposes Israel’s presence in this part of Jerusalem, stated that “construction in Givat Hamatos will severely hamper the prospect of a two-state solution because it will ultimately block the possibility of territorial contiguity between East Jerusalem and Bethlehem–the main Palestinian metropolitan area–and will prevent Palestinian Beit Safafa from connecting with a future Palestinian state.”

Beit Safafa is a neighborhood of Jerusalem. 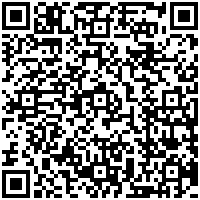