Hamas spokesperson Abu Ubaida also ordered Israel to release those who were detained in clashes that took place during Arab riots in the Israeli capital this weekend, and in days before.

Israeli security and medical personnel have gone to high alert, particularly in the southern regions as the country awaits the terror group’s response to events in Jerusalem.

Israeli military forces have closed the roads around the Gaza region. Israel Railways has halted its service on lines into the south. Air traffic in and out of the country so as to avoid rockets targeting arriving and departing flights.

The annual Jerusalem Day Flag Dance March was rerouted away from the Damascus Gate entrance to the Old City – where Arab rioters waited to block Jewish marchers from entering the city – and routed marchers through a different section of the Old City to reach the Western Wall, where the march traditionally concludes.

Yamina party chairman Naftali Bennett and Ra’am party leader Mansour Abbas have postponed a meeting between the two that was set for Monday at 4:30 pm. The two were to finalize a coalition deal during their talks.

Israel’s security cabinet has instead scheduled a meeting for Monday afternoon with the rise of Arab violence and resulting clashes with law enforcement taking place in the nation’s capital, clashes between Israeli security forces and Arab attackers in Judea and Samaria, and ongoing incendiary balloons and rocket attacks from across the Gaza border.

Earlier in the afternoon two 18-year-old teenage boys were wounded when they were attacked by Arabs while walking with a group in the Old City of Jerusalem.

One of the boys was treated at the scene in an ambulance. The second, who had a head injury, was taken to Hadassah Mount Scopus Medical Center in the city.

A total of seven people were taken to the hospital after being hurt by Arab rioters and attackers in various parts of the city. Among the injured was a seven-month-old baby who was struck in the head by a rock.

The coastal city of Ashkelon meanwhile has opened all of its public bomb shelters in response to the threat from Hamas. Ashkelon was targeted in a rocket attack from Gaza on Sunday night. Israel’s Iron Dome anti-missile defense system was activated by the launch and intercepted the missile in mid-air over the city. 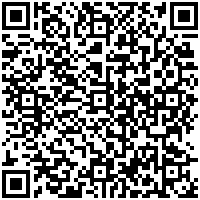