Remains of chicken eggs found in excavations in the City of David are shedding light on the diet of the local population at the end of the biblical period. The findings of a new study show significant use of domesticated chickens for consumption among the upper class in Jerusalem.

Until today, archaeological finds from the earliest periods were meager. They consisted of a few bones and several seals of the royal house bearing the image of a fighting rooster, so researchers believed that this bird was only used as a pet and for cock-fighting.


The findings of the recently completed study, headed by Prof. Zohar Amar, of the Martin (Szusz) Department of Land of Israel Studies and Archaeology at Bar-Ilan University, will be revealed during the Department’s annual conference next month, which will deal with agriculture and nature in ancient Israel.

For the study, traces of eggs found in refuse and ash in Area G of the City of David from the end of the First Temple were examined. The eggshells were found during excavations carried out by Dr. Eilat Mazar about a decade ago.

Out of several hundred fragments of eggshells examined by Prof. Amar, a number of relatively large fragments were found that could be used to reconstruct the size and quantity of the eggs.

These were examined using a unique algorithm, developed by Dr. Avshalom Karasik of the Israel Antiquities Authority, for the reconstruction of pottery vessels, and was first tested on the fragments of eggshells from the City of David.

The results of the reconstruction showed that the height of the egg was about 50 mm, its maximum diameter was 40 mm, and the total volume with the shell was 61 cc.

Prof. Amar notes the extraordinary nature of the discovery. Egg shells in archaeological finds are rare; they are usually not preserved due to their fragility. Moreover, chicken eggs from the City of David are, as of now, the earliest archaeological find from the Near East.

This finding is an important contribution not only to the reconstruction of the ancient food basket, but also to the world of Jewish law (halakhah).

The reconstruction of the egg from the City of David, as well as a comparison with later finds from the Roman period, indicate that the size of the chicken eggs and their volume were similar to the average size of an egg nowadays.

The finding of the eggs from the City of David thus gives the halakhic discussion a realistic dimension. 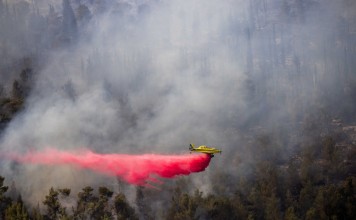