This year, the Tisha B’Av walk will take place on Saturday night, on the beginning of the fast of Tisha B’Av, (postponed one day because of Shabbat) on July 21st, 2018.

The event will begin with a  gathering at Gan Ha’atzma’ut on Agron St. in the capital, where there will be a reading of the Scroll of Lamentations and immediately afterward, publicist and journalist Caroline Glick, deputy editor of the Jerusalem Post, will speak and the walk will then set out on its way.


The walk, in which hundreds of Israeli flags will be carried, will include explanations and historical information delivered by Aryeh Klein, an expert in both the modern and ancient history of Jerusalem.

The route of the walk will include passing the New Gate, the Shechem Gate, and the Lions Gate, through which the paratroopers entered to liberate the Old City in 1967, where an assembly will be held with the participation of public figures who will speak at the site, and from there the walk will continue past the Dung Gate to the Western Wall.

Women in Green is pleased to report that “this year, in contrast to previous years, no objection has been registered by the Arab public or from the Israel Police”. In previous years there have been attempts to prevent the walk or to change its traditional route, whether for security reasons or out of concern for keeping the public order. “These attempts”, says Women in Green, “were rejected by the court, which instructed the police to allow the walk to proceed and to secure it regardless of threats of riots or threats by terrorists”. Women in Green also notes that “the preparedness of the police and the resolve of the organizers and participants of the walk have kept it running over the years without pause, without friction or any conflicts between Jews and Arabs”.

The co-chairwomen of the movement, Yehudit Katsover and Nadia Matar, remind us that the walk, which has become a tradition, is actually a restoration of an ancient tradition that was held in Jerusalem hundreds of years ago on the eve of Tisha B’Av, but was suspended for many years. “In 1994, Ruth and Michael Matar, the founders of Women in Green, became aware of the ancient tradition of walking around the walls of Jerusalem on the eve of Tisha B’Av. As a bride, who circles around her groom, the People of Israel encircles the Temple Mount, expressing its longing for the place and its loyalty to Jerusalem. The movement decided to renew this custom. In its first year, the idea was met with the objections by the police . The matter was placed before the High Court, which instructed the police to allow the walk to proceed and it has been held every year since then”.

The two women also have praise for the way the Israel Police deals with the march. “The district police dedicates a lot of personnel, resources and thought so that the walk will take place safely and this dedication has proven itself and its effectiveness in the field. It is likewise appropriate to note and give thanks for the impressive spirit of cooperation and understanding between us as the organizers of the march and the police officers, who are aware of the event’s importance and the value of maintaining law and order, which is the very essence of the event.

The event will begin at 9:30 pm with a gathering of the participants for Maariv & the reading of the Scroll of Lamentations and the walk will set out at 10:15 pm after hearing Caroline Glick. The estimated time of conclusion is midnight.

Video clip of Last year’s walk in which you can see the thousands of participants and among them Kevin Bermeister and Rabbi Shalom Lipskar, head of Landow Yeshiva school in Miami Beach who say a few words to the camera:

Menachem Aby Levy, was among those who liberated the Old City(in Hebrew)

The Sovereignty Movement founded by Women in Green
www.ribonut.co.il 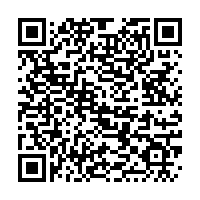