Prime Minister Benjamin Netanyahu and his wife Sara on Wednesday evening attended the World Cup semi-final match between England and Croatia at the invitation of Russian President Vladimir Putin.

They took along Mika Lipsker, 18, and Alon Eizarayev, 13, who are fighting cancer.


England lost 1 – 2 and was eliminated from the quest for the cup. It will play Belgium for third place on Saturday night.

Back in June, President Putin invited both PM Netanyahu and PA Chairman Mahmoud Abbas to attend the July 15 final in Moscow. WAFA quoted the head of the Palestinian Football Association Jibril Rajoub who said Abbas intended to attend, and that while in Moscow will meet with Putin.

However, there have been no recent announcements regarding the ailing Abbas enduring the flight to Moscow in the immediate future. 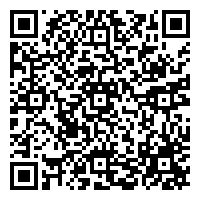