Paraguay has become the latest nation in Latin America to follow President Donald Trump’s unprecedented move, announcing plans to also relocate its embassy in Israel from Tel-Aviv to Jerusalem.

President Horacio Cartes announced the move during a celebration of the 70th anniversary of the founding of the State of Israel, in Asuncion, Paraguay, saying it was in response to a “political commitment” as well as a personal desire.


Two weeks ago, Guatemalan Foreign Minister Sandra Jovel confirmed that President Jimmy Morales will be present when his country’s embassy in Israel is moved to Jerusalem. The Guatemalan embassy will be relocated on May 16, two days following the inauguration of the US embassy in Jerusalem.

Cartes plans to complete the move before the end of his term in office this June, saying this will be his homage to the history of mutual respect between himself and Prime Minister Benjamin Netanyahu.

Israeli Ambassador to Paraguay Zeev Harel said in a statement: “Paraguay is a friend and brother… The bilateral cooperation has grown in the fields of agriculture, in the subject of water, the exchange of technology, development of education innovation, we have the pleasure of sharing our knowledge with Paraguay.” 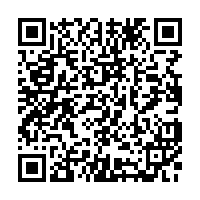