Eight family members from the Samaria community of Psagot were killed Tuesday afternoon in a deadly car crash on Route 90 near the Dead Sea.

Two parents and all six children were killed when their minivan went up in flames after a head-on collision with an SUV on the road between Ein Bokek and Ein Gedi.

The family was trapped inside the car as it burned.

Three others were in the SUV – a woman, 52, a girl age 12, and the driver, a man, age 50. The driver, hysterical, told police, “I know I killed people. I killed them. I will never drive again.” He was evacuated with minor injuries to Soroka Medical Center in Be’er Sheva, along with the other two occupants of the SUV, who sustained moderate wounds.

“The heart breaks over the terrible disaster that today wiped out an entire family,” said Prime Minister Benjamin Netanyahu in a post on Twitter.

“My wife Sarah and I grieve with all the citizens of Israel for the life that was cut short and send our deepest condolences to the family and the residents of Psagot.

“Today when many Israeli citizens take advantage of the sabbatical day for trips in our country, I ask you to do everything in order to return home safely,” he added.

“The future of six children was abruptly cut off,” he said. “I send a warm embrace to my friends, residents of Psagot and to the family members who lost their children and grandchildren in this monstrous disaster.”

Bayit Yehudi MK Betzalel Smotrich expressed the sense of unreality felt by many in the community upon hearing the news of the tragedy. “A whole family gone – it’s simply inconceivable,” he said.

“We must take it upon ourselves to drive extra carefully. Absolutely nothing is worth it.” 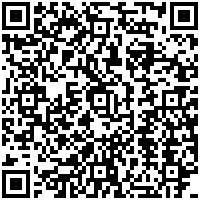