This past week, the Gush Etzion Foundation along with the Jewish National Fund-USA (JNF) , and other partners, hosted a dedication ceremony with hundreds in attendance at the new Gush Etzion ‘Boys’ Promenade and Ezra’s Lookout.’

The Promenade and Lookout located between the communities of Alon Shvut and Rosh Tzurim, were built in memory of Gil-ad Shaer, Naftali Fraenkl, Eyal Ifrach, and Ezra Schwartz HY”D.


In 2014, teenagers Gilad, Naftali, and Eyal were kidnapped at the Alon Shvut Junction and murdered by Arab terrorists, setting off events leading to ‘Operation Protective Edge’ in Gaza that summer.

Just over a year later, Ezra was murdered in a terror shooting outside of the entrance to Alon Shvut while on his way to beautify a Gush Etzion nature reserve, ironically built in memory of the three boys.

Where Am I: In a Field 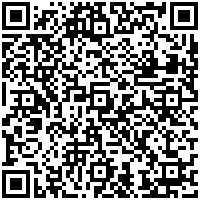