The Israeli population in Judea and Samaria grew by 2.6% in 2020, continuing a decade-long downward trend in the growth rate in the region.

the Israeli population in Judea and Samaria at the end of 2020 was 476,000 residents in about 150 localities, according to data presented by the Yesha Council. This number does not include the number of Israeli residents living in the Jerusalem area (over the Green Line).


The Yesha Council, an umbrella body for organizations operating in Judea and Samaria, underscored that the last decade saw an average growth of 3.8% per year. The population growth in Judea, Samaria, and the Jordan Valley was higher than the annual growth in the entire state of Israel, which was 1.7% in 2020.

The growth in the number of new residents also dropped, and while in 2019 it stood at 15,229 new residents, in 2020 only 12,132 residents moved to Judea and Samaria, the lowest number in years. The decrease in growth may be attributed in part to the Coronavirus (COVID-19) pandemic, which brought to a significant slowdown in the housing market.

In the last decade, the number of Israelis living in Judea and Samaria has increased by 147,829 residents, an increase of about 45% in 10 years and an average of 14,783 new residents per year.

The largest localities in Judea and Samaria are the cities Modi’in Illit, Beitar Illit, Ma’ale Adumim and Ariel, where 206,358 residents, or 43%, live.

The locality to which the largest number of new residents was added in 2020 is Alei Zahav, and the smallest locality in Judea and Samaria is Niran in the Jordan Valley.

In terms of growth in localities, Bruchin in the Samaria Regional Council had the highest growth rate with 18.4% in 2020. Among the other localities that grew remarkably are Maskiot in the Jordan Valley with 14.3%, Beit Arava with 13.5%, Migdalim in Samaria with 12.8%, and Sansana in Mount Hebron with 11.2%.

Yesha Council Chairman David Elhiyani, who announced Tuesday he was joining the New Hope party and was running against Prime Minister Benjamin Netanyahu, stated that “we are now suffering from the consequences of the stopping of planning over four years ago. Planning approvals in the area should be increased and unnecessary delays caused by bureaucracy and lack of manpower should be avoided.”

“Although the growth rate is higher than in other parts of the country, there is a consistent and alarming decline. The dozens of localities in Judea, Samaria and the Jordan Valley that are not regulated [by law] and cannot continue to develop as they would like also affect this figure,” he noted.

Several Yesha leaders are currently on a hunger strike in a demand that the government clear the path to the legalization of these younger communities.

“We will not stop striving for the vision of the Yesha Council for a million residents in Judea, Samaria and the Jordan Valley and for the application of sovereignty in the area,” he declared. “We continue to push forward with all our might, for our dear residents, and for the State of Israel.” 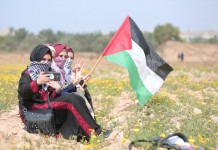 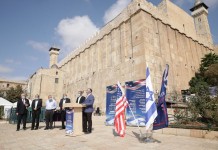 Judea and Samaria Jewish Leaders Pray for Trump in Hebron 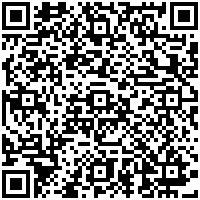