Early Monday morning, just before 1:00 AM, United Hatzalah’s Dispatch and Command Center’s shift was coming to an end, when the dispatchers received an emergency phone call from a patient complaining of difficulty breathing. The patient was located just outside the United Hatzalah headquarters building on Yirmiyahu street in Jerusalem.

Three EMTs and volunteers in the dispatch center rushed to the location of the emergency on foot. Yosef Haim Gabay, Dan Shmueli, and Yechiel Stern cared for a patient who was apneic and breathing heavily. As EMTs coached him into breathing at a normal rate, the patient began to calm down. A moment later, the three EMTs were alerted to a man who had collapsed and gone into cardiac arrest in a nearby building, less than a minute away from their location.


After making sure the first patient was stable and breathing on his own, Yosef Haim, Dan, and Yechiel immediately headed over to the next emergency, located just off of Haturim light rail station. The three EMTs found a 90-year-old man unconscious on the floor in his bathroom. He had gotten up to use the bathroom in the middle of the night when he suddenly collapsed.

The team of EMTs carefully moved the pulseless old man to the living room floor where they launched into CPR. Yechiel attached a defibrillator as the other two EMTs began rounds of chest compressions and assisted ventilation. After monitoring the patient’s heart rhythm, the defibrillator did not advise a shock. The volunteers continued to administer CPR for the next five minutes until a mobile intensive care ambulance arrived at the scene and joined the CPR efforts.

The paramedic on the team administered medicines in an attempt to revive the pulseless man. A few minutes after the arrival of the mobile intensive care ambulance, the 90-year-old’s pulse returned. The CPR had been a success. As he was being loaded into the ambulance, he began to breathe on his own once more.

“Later the next day we were notified that the elderly man was making a full recovery in the hospital,” commented Yosef “Had it not been for our quick intervention, the patient might not be where he is today, breathing on his own in his hospital bed, recovering.”

“While a person is on shift as a dispatcher, they are tasked with ensuring that the volunteers in the field who are responding to emergencies have everything they need to be quick and successful. Each of our dispatchers is also a volunteer EMT and it is always interesting to see an emergency from both perspectives, that of a dispatcher and that of a first responder. To be able to help in both roles for the same emergency, that is unique and doesn’t happen very often,” Yosef Haim said.

Yosef Haim added, “Sometimes we receive calls in the dispatch center that are coming from close by, and when you work in a building full of EMTs, everyone tends to jump at the opportunity to save a life. However, this late at night, there weren’t many people in the building or the area, so the three of us ran out to help the patient with the respiratory emergency. Despite all odds, the 90-year-old survived and is getting better at the hospital. When we heard this news we were very grateful that we were allowed to make a difference.” 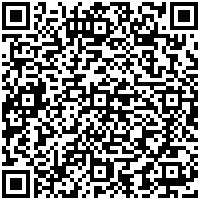