The Jewish Otzma Yehudit party, and far-left/anti-Zionist Ra’am-Balad and Hadash-Ta’al parties, will be allowed to run in Israel’s upcoming April 9 national elections, thanks to Attorney General Avichai Mandelblit, who rejected two petitions to disqualify the parties on Monday and a third to disqualify the Union of Right Wing Parties.

In a letter to the Central Elections Committee, Mandelblit determined that a lack of a “critical mass of evidence” exists to say Ra’am-Balad and Hadash Ta’al “seek to eliminate Israel as a Jewish state,” or support terror organizations and violence against Israeli Jews.

Mandelblit also dismissed a petition against the Union of Right Wing Parties, which had claimed their inclusion “harms equality.”

He also rejected a petition against a new Otzma Yehudit political ad showing a fictional Israeli soldier hesitating to neutralize an Arab attacker approaching him with a knife.

Mandelblit said the video “expresses reservations about the way the army operates,” and was not likely to confuse anyone thinking that the Israel Defense Forces and its soldiers universally support or identify with Otzma.

The attorney general also permitted the inclusion of Deputy Defense Minister Eli Ben Dahan on the Likud Party slate, despite his recent switch from the Jewish Home Party. 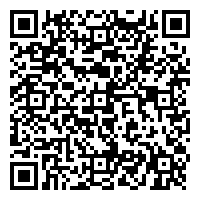