JERUSALEM – Prime Minister Netanyahu found himself trying to extinguish a political and religious brushfire in his own government this week after Jerusalem Mayor Nir Barkat on Sunday closed the Mughrabi Gate bridge, which leads to the Temple Mount.

Israel’s Channel 10 News reported that Netanyahu was furious with Barkat, a Likud Party ally, for making a politically and religiously charged decision without informing the Israeli leader in advance.


Barkat maintained he was forced to close the bridge after receiving a letter from a municipal engineer who warned the bridge’s deteriorating condition endangered the lives of residents, foreign visitors and religious pilgrims. The sudden closure did not sit well with several members of the government coalition, including Yisrael Beitenu, which holds the tourism portfolio, who were critical of both Barkat and the prime minister for not having worked together to find a solution to the Mughrabi Gate problem in 2010, when engineers originally warned about the bridge’s weak construction.

After a record-breaking influx of tourists to Israel in November (nearly 315,000, a 2 percent increase over last year) and just ahead of Chanukah and Christmas when hundreds of thousands of local and foreign tourists are expected to flood the Western Wall Plaza complex,  government officials began engaging in a series of delicate meetings with Jewish, Christian and Islamic leaders in order to find short- and long-term solutions to the Mughrabi Gate dilemma.

The Mughrabi Gate bridge represents the only direct access for Jews, Christians and Muslims to the Temple Mount. The Islamic sites on the Temple Mount are physically overseen by the Palestinian Wakf (religious authorities) and fiscally maintained by King Abdullah of Jordan. 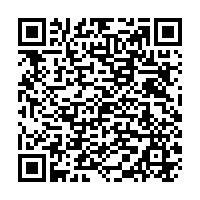