A majority of Israeli Jews and Arabs are pessimistic about the likelihood of resolving the Israeli-Palestinian in the coming years, according to the results of the Peace Index poll, conducted by the Israel Democracy Institute in conjunction with Tel Aviv University.

The survey, conducted from April 30th – May 2nd polled a representative sample of 599 Israeli Jews and Arabs, on a variety of questions about the peace process, national identity, and government efficacy. Jewish and Arab responses to the question “do you believe or not believe that negotiations between Israel and the Palestinian Authority will lead to peace between Israel and the Palestinians in the coming years” mirrored each other, with two-thirds of both demographics responding in the negative. As to the question of whether they believe “that there is a real chance to resolve the conflict in accordance with the ‘two states for two peoples’ formula in the next ten years,” the attitudes of the two demographics again coalesced, with 58% of Jews and 61% of Arabs expressing at least a moderate level of skepticism.

The greatest contrast between the two sectors was reflected in their answers to the question of whether ‘Hatikvah’ is suitable “to serve as the national anthem of the State of Israel, in which approximately one-fifth of citizens are Arabs”: 80% of Jews said that it was moderately or very suitable, while 90% of Arab respondents said that it was moderately or completely unsuitable. 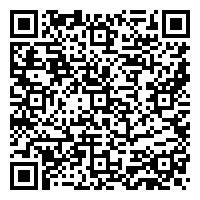