A new section of the ancient Roman highway that led from Acre to Tiberias was recently uncovered. The new road section is about 8 meters wide and about 25 meters long. The road’s boundaries are marked on the west and east by large field stones.

During the excavation, fragments of pottery from the Roman and Byzantine periods, metal vessels, and a coin that probably also dates to the Roman period were found.

As its need was growing to quickly move military forces, mail, and goods in the first century CE, the Roman Empire started paving roads in and around the Land of Israel.

“The paving of the main road that passed between Acre, Zipori, and Tiberias, which began during the 2nd century CE, in the days of Emperor Hadrian, was completed by his successors, and finally renovated in the Byzantine period,” said Haim Mammalia and Daniel Weinberger, the dig managers on behalf of the Israel Antiquities Authority.

The dig was conducted as part of the development and education works of the Sanhedrin Trail, led by the IAA in cooperation with the Jerusalem and Heritage Ministry, the local councils, and students. Participants included instructors of the Education Ministry’s Shelach program (Hebrew acronym for Field, Nation, Society), students of the Eretz Israel and Archeology studies from Sheda Ya’akov, Rimon High School in Pardes Hana, and the Al-Batuf Regional Council school.

The excavation and development work for the Sanhedrin Trail is done voluntarily, mainly by students, youths, and volunteers from all over the country, as part of a large-scale operation of the northern region of the IAA, led by the director of its educational center Dr. Einat Ambar Amron. Every year, thousands take an active part in going back to the days of the Sanhedrin, through direct archeological study and experience. 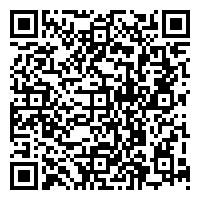