The NY Times editorial page offered its readers only one op-ed piece on April 19, 2018, about Israel’s 70th Day of Independence. It was, “Israel Celebrates Its Independence, We Mourn Our Loss,” by MK Ayman Odeh, leader of the Knesset Joint Arab List, which grieved:

“Seventy years ago, the world changed around my family. The establishment of the state of Israel represented self-determination for Jews, but a catastrophe — “nakba” in Arabic — for Palestinians. In the area around the Mediterranean city of Haifa, where my family has lived for six generations, only 2,000 Palestinians of a population of 70,000 remained. My grandparents, A’bdel-Hai and A’dla, were among them. Their neighbors were expelled and dispossessed, and never allowed to return.”

It’s not as if the Times has been ignoring Israel’s miraculous rise from the ashes of the European Holocaust 70 years ago. In fact, its coverage over the past week was rife with references to this day.

It included a cautious report from the AP: “Israel at 70: Satisfaction and Grim Disquiet Share the Stage”; a gossipy take pointing out how petty the country’s politicians have been about this most cherished occasion, “Israel Celebrates Its 70th Israeli Style: With Rancor and Bickering”; a wonderful Reuters story (Pigeons, Winged Warriors That Helped Israel to Victory 70 Years Ago) about carrier pigeons that delivered critical messages from the battlefield to Israeli military headquarters during the 1948 war of independence.

And, of course, on Tuesday this week, the Times published “The Luckiest Jews in History,” a fantastic, all-out pro-Israel op-ed by Shmuel Rosner, who claims, “I am the Jew who gets to see Jewish ingenuity unapologetically celebrated, Jewish material success flourish, Jewish might acknowledged and the Jewish language rejuvenated. I am the Jew who after 2,000 years gets to witness Jewish political independence. And this is true of all Jews, whether they live here in Israel or experience this success in Jewish communities elsewhere in the world.”

So, with all these rich references to the Jewish State’s 70th anniversary, how can we begrudge the singular critical op-ed from an Arab’s point of view? Because it is dishonest. It omits any and all references to the historic context of the 1948-49 war. It lies about the example it provides about the eviction of the residents of Umm al-Hiran—which MK Ayman Odeh uses to illustrate that his people’s nakba is still a reality today. It pays a curt lip service to the stunning success of Israeli Arabs which puts to shame every single Arab regime. In the end, the piece is nothing more than a tugging at the heart-strings with zero willingness to accept responsibility for mistakes.

This is why I am so upset at the NYT’s choice of making this cheap crud its sole acknowledgement of Israel’s celebration on the actual date of the thing.

The world of academia offers many sober studies of the plight of the Arabs of Israel since the first clash in the 1870s between Zionists and warring Arabs in Petach Tikva. From the Arab pogroms against the Jews in the 1920s and 1930s to the Arab collaboration with the Nazis in the rebellion of 1936, to the Arab rejection of a Palestinian state at the UN in 1947, to the Arab collaboration with the invading armies of Egypt, Jordan, Syria, Lebanon, and Iraq (to name a few) in 1948.

Why is there no mention of these events, which carved out the fate of the Arabs of Eretz Israel, in the Odeh account of his nakba? Why is there no acceptance of responsibility for at least some of these historic failures? Because Odeh, like every last Arab politician on either side of the 1967 green line, is incapable of accepting responsibility for his mistakes, which is why he and they are doomed to repeat them.

Look at his list of ideas on how to reverse the effects of the nakba:

1. “To end the Nakba is to fully accept our humanity as Palestinians and to acknowledge that the only future for Israelis and Palestinians is a shared future.” In other words, Israel’s struggle to survive over the generations was, in fact, a denial of the humanity of its indefatigable enemies. Israel’s very existence, its very independence is an expression of racism.

2. “To end the Nakba, we must end the occupation and establish an independent Palestinian state alongside Israel, with Eastern Jerusalem as its capital.” No reference here to what happened in the Gaza Strip when Israel evacuated all its citizens and pulled out its army – only to become the target of thousands of rockets against its civilian population, kidnapping, terror tunnels, explosives and firebombing. There’s no attempt on the Arab MK’s part to show why leaving the Palestinian Authority won’t have the same, if not worse results.

3. “To end the Nakba, we must implement a just solution for Palestinian refugees.” In other words, flood the Jewish State with five million Arabs, many of whom have been brought up on a steady diet of hatred for the Jews. Never mind that there are only an estimated 25,000 actual refugees who left their homes in 1948.

4. “The Nakba will end when Israel recognizes the crimes of the Nakba and works to correct those mistakes.” See? MK Odeh does believe in introspection and an examination of mistakes – by Israel. To paraphrase the late Abba Eban: Odeh shows here that he possesses all the qualities of a child, except for charm and grace.

Odeh concludes with some diatribe about ending the nakba as soon as Jewish children become versed in Arab culture – because around the world majority populations are so vividly interested in the culture of their minorities. It would be nice if Jewish Israelis learned to speak Arabic, but they prefer to study English and French because, frankly, Arabic culture hasn’t been so enticing since the 1,100s.

It would have been strange but nevertheless OK had the NY Times chosen to feature an op-ed by an academician offering a novel insight into the Jewish-Arab conflict on the occasion of Israel’s 70th birthday. I would have preferred to see Shmuel Rosner’s op-ed from Tuesday on this occasion. But to publish this dry and lifeless rehash of the very delusions that created the “nakba” in the first place, and to do it on the anniversary of the Israeli miracle – was asinine.

Next anniversary, NYT, send flowers instead. 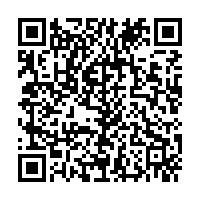