During its 46th Regular Session, the UNHRC voted in favor a resolution calling on Israel, “the occupying Power, to comply immediately with its international law obligations” and ensure “non-discriminatory access” to Coronavirus (COVID-19) vaccines to the Palestinian Authority.


Israel has inoculated some 120,000 PA residents working in Israel, has provided the PA with vaccines, and has facilitated the transfer of vaccines into the PA through its ports.

Furthermore, as per the Oslo Accords, the PA is responsible for the health of its residents.

The UNHRC also voted in favor of its infamous Agenda Item Seven, “Human rights situation in Palestine and other occupied Arab territories,” a permanent UNHRC agenda item that mandates discussion on any alleged Israeli human rights abuses against Palestinians.

Israel is the only country with a dedicated item at the UNHRC. It is debated three times a year.

Before the vote, Meirav Eilon Shahar, Israel’s Permanent Representative to the UN and International Organizations in Geneva, call on Member States to vote against the anti-Israel items, warning they do “not reflect the reality on the ground,” and because their “sole purpose is to negate Israel.”

Israel Foreign Ministry’s accused the UNHRC of being “blinded by a political bias against Israel, sponsored by the world’s leading autocracies. Today’s vote is another proof of that.”

Israeli Foreign Minister Gabi Ashkenazi stated that the Human Rights Council “has once again proven itself to be an anti-Israel, discriminatory, and hypocritical body.”

Lior Haiat, spokesperson of Foreign Ministry, stated that the anti-Israel resolutions “represent a moral stain on the UN, and is additional proof of the hypocrisy of those countries who supported these resolutions.”

“Instead of acting to advance human rights across the world, the Council continues to engage in an obsessive and biased manner against Israel, effectively being a political platform in the hands of countries who have absolutely no connection to human rights,” he charged.

“The votes are an additional proof that the UNHRC is distorted and in need of fundamental reforms. The State of Israel will continue to promote its democratic values and protect its interests in the international arena,” he added.

Hillel Neuer, Director of UN Watch, that “resolutions on other countries, even when they express criticism, are replete with positive acknowledgments. But with Israel, never. Because the point of the UN resolutions is to demonize, and nothing good at all could be said about something that is evil.”

He further said that “if the resolutions were truly about Palestinian human rights, as its title claims, it would not have completely ignored Palestinian Authority abuses, including arbitrary killings, torture, and arbitrary detention.”

The resolution, backed by several European Union states, “omitted all abuses by the PA, which holds political prisoners and detainees, restricts freedom of the press and the internet, and uses violence, threats, arrests, interrogations and prosecutions to target journalists and dissidents.”

“In reality, today’s UNHRC resolution is not really about Palestinian human rights, but about demonizing Israel. Any self-respecting democracy that supports human rights should have voted to oppose this outrageous text from the PLO,” he said.

The UNHRC is infamously biased against Israel, with nearly half of its resolutions focused solely on Israel while it ignores war, strife and atrocities committed around the globe. 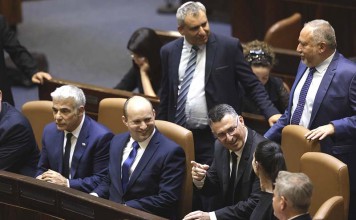 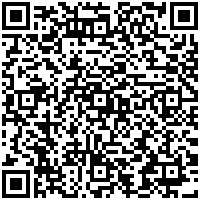