Watch the video below the petition.

JewishPress.com has been closely following the escalating terrorism in Gush Etzion. Below is a shocking video where you will see the what it like to have a rock thrown at you, and how the IDF has been responding. It is shocking that the government of Israel is unable to provide its citizens with the most elementary service: maintaining law and order on the roads.


Throughout the video below, you’ll see and hear similar behavior and comments to the effect. The Israeli authorities are simply not using their full resources and capabilities to protect Israeli citizens. This is the complete failure, both morally and ideologically, as well as operationally, of what is supposedly the strongest army in the Middle East.

We are outraged, and we urge you to sign our petition (above), to be delivered to Prime Minister Benjamin Netanyahu:

Mr. Netanyahu: Stop the terrorism. Enforce Law and Order on the Roads of Judea and Samaria!

The video, produced by Gush Etzion, is in Hebrew with English subtitles.

This petition is sponsored by JewishPress.com, WebAds, and 12 Tribe Films. 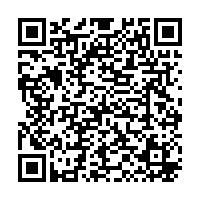