Earlier this month, a Pew Research Center survey examining attitudes about foreign policy among the U.S. electorate found that Americans continue to strongly favor Israel (54 percent) over the Palestinians (19 percent). Yet the survey also indicated a number of trends that suggest a possible erosion of the long-held bipartisan pro-Israel consensus.


At the same time, Pew’s data confirmed a partisan divide on Israel. While support for Israel among Democratic voters has remained steady over the past few decades – 44 percent in 1978 compared to 43 percent today – there has been a sharp rise during that time in Republican sympathy for Israel, 49 percent to 75 percent, and a modest gain among independents, 45 percent to 52 percent.

Only 33 percent of Democrats who describe themselves as liberal support Israel, while 40 percent sympathize with the Palestinians.

The survey revealed a further divide within the Democratic electorate itself. Hillary Clinton supporters were more likely to sympathize with Israel than the Palestinians, 47 percent versus 27 percent, while Bernie Sanders supporters favored the Palestinians over Israel by 39 percent to 33 percent.

“Evidence has been accumulating for some time of a division among Democratic voters over Israel,” said Dr. Theodore Sasson, senior research scientist at the Cohen Center for Modern Jewish Studies and the Steinhardt Social Research Institute at Brandeis University. “The left wing of the party is more critical of U.S. support for Israel.”

Dr. Jonathan Rynhold, director of the Argov Center for the Study of Israel and the Jewish People at Bar-Ilan University, said that generally the American public’s sympathy toward Israel has been growing since 2000.

Yet Americans have become more divided over policy on the Israeli-Palestinian conflict and those divisions “increasingly line up with the main ideological and political divides in America,” he noted.

“Since younger Americans are more liberal, and each generation is more liberal than the previous generation, they are less sympathetic toward Israel and more inclined to believe that the U.S. should adopt an even-handed approach toward the conflict,” Rynhold told JNS. “They are also more critical of Israel’s use of military force against Hamas and Hizbullah.”

“I doubt the level of hostility [in America] will reach the levels we see in Europe,” said Brandeis’s Sasson. Rynhold echoed that sentiment, saying the gap on Israel between the American left and the European left remains wide.

Yet fears persist about the growing liberal electorate’s views on Israel, especially among younger Americans.

“Over time, as the percentage of liberals among Democrats increases, the party’s support for Israel could well become more conditional on what they perceive as Israel’s willingness to support a two-state solution and perceptions related to other liberal causes inside Israel,” Rynhold said. 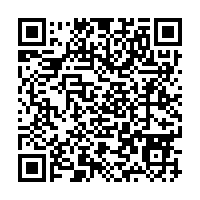