Prime Minister Binyamin Netanyahu released a statement Monday afternoon, expressing sorrow for the terrorist attack that took place earlier in the day: “Today we had a savage crime in France that gunned down French Jews, among them children. It’s too early to say what the precise background for this act of murder is, but I think that we can’t rule out that there was a strong murderous anti-Semitic motive here. I’m sure that Nicolas Sarkozy, the President of France, and his government will do their utmost to find the killer and we, in Israel will do everything to help them in this task.”

Referring to recent news that a Hamas official would be speaking before the UN Human Rights Council on Monday, Netanyahu expressed anger at the hypocrisy of the world body: “I haven’t heard yet a condemnation from any of the UN bodies but I have heard that one such body, the UN Human Rights Council, invited on this very day a senior representative of Hamas – on this day, when we had the savage murder, they chose to invite a member of Hamas. This particular individual condemned the United States for disposing of the arch-murderer Bin Laden, and he represents an organization that indiscriminately targets children and grown-ups, and women and men…And this is what the Human Rights Council decided to do today – to bring in to its quarters a member of Hamas.”

“So I have one thing to say to the UN Human Rights Council,” the Prime Minister’s statement concluded, “What do you have to do with human rights? You should be ashamed of yourselves.” 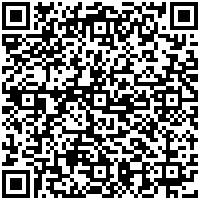