President Reuven Rivlin on Sunday met the women relay runners of “Passing It On” from various running groups in the medical world.


The run is the initiative of the Jerusalem Municipality to mark International Women’s Day, and is the first of its kind. Beit HaNasi is one of the points on the run, which goes past several significant sites in Jerusalem, starting at Safra Square and ending at the First Station.

“In recent months, I have met you women in medicine – doctors, nurses and administrators – in the corridors of hospitals, in clinics at medical centers and HMOs, as you fight to save lives,” President Rivlin told his guests. “Working around the clock, without breaks, without weekends or holidays, you, women in medicine, are at the front line of the battle against the coronavirus. You are superheroes, in a titanic battle, real wonder-women. And still, even in these tough times, you don’t forget or neglect a front that is no less important – the social battle for women. The fight for women’s safety and quality of life, the quality of life of us all.”

“The women’s campaign is not, and must never be, by women only. It is a campaign for women and men. It is a campaign for Israeli society as a whole. I would have been happy to run with you, but for the meantime, I am “passing on” together with you the absolutely obvious request for equal pay and equal representation for women in positions of authority. Let us pass it on together, and most importantly, let us do it!” 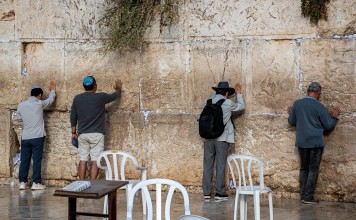