A glimpse back at news coverage of Prime Minister Netanyahu’s May 2011 address to Congress shows why the Obama administration is so concerned about the effect Netanyahu can have on lawmakers. Note also the response to the speech by the top Democrats in the House and Senate, Nancy Pelosi and Harry Reid, both of whom have been outspoken in their criticism of Netanyahu’s upcoming visit.

New York Times: “Mr. Netanyahu received so many standing ovations that at times it appeared that the lawmakers were listening to his speech standing up. ‘He managed to rally wall-to-wall support from Congress,’ said Rob Malley, program director for the Middle East and North Africa at the International Crisis Group.”

Politico: “In a muscular and well-received address to a joint session of Congress…Israeli Prime Minister Benjamin Netanyahu made the case for why his nation should not return to its pre-1967 borders as part of a future peace agreement with Palestinians…. Netanyahu was interrupted by bipartisan standing ovations 29 times during a speech that ran about 40 minutes.”

ABC News: “President Obama got 25 standing ovations from Congress during his 2011 State of the Union address. Israeli Prime Minister Benjamin Netanyahu got 29 today.”

Wall Street Journal: Israeli Prime Minister Benjamin Netanyahu, in a speech to a joint session of Congress, laid out a hard-line position on the creation of a future Palestinian state – and received 29 standing ovations….

“His enthusiastic welcome from U.S. lawmakers, including leading Democrats, highlighted the difficulty President Barack Obama faces in his attempts to press Israel to make concessions….

“Senior Democrats were among the most enthusiastic audience members responding to Mr. Netanyahu’s speech…. ‘Both sides of the aisle believe you advanced the cause for peace,” Rep. Nancy Pelosi of California, the top Democrat in the House of Representatives, told Mr. Netanyahu after his speech.”

Washington Times: Israeli Prime Minister Benjamin Netanyahu received a rapturous reception worthy of a rock star from lawmakers on both sides of the political aisle on Capitol Hill…. His speech to a joint session of Congress was repeatedly punctuated by sustained applause, laughter and more than two-dozen standing ovations. It also received some high praise from bipartisan admirers.

“ ‘For someone who has listened to a lot of speeches I have to say you’ve made the all-star team,’ Senate Majority Leader Harry Reid, Nevada Democrat, told Mr. Netanyahu at a press conference afterward.

Los Angeles Times: “From the moment he entered the chamber, a process that took some 10 minutes as he shook numerous hands, Netanyahu adopted the persona of an old friend thanking a relative. ‘I am deeply moved by this warm welcome,’ Netanyahu said….

“Netanyahu was interrupted once by a brief anti-Israel outburst from the gallery. But even that protest, by a woman from the group Code Pink, turned out to be an opportunity to make his case.

“ ‘You can’t have these protests in the farcical parliaments of Tehran and Tripoli. This is real democracy,’ Netanyahu ad-libbed.” 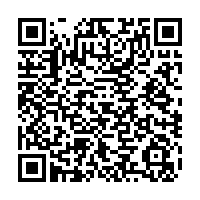