When U.S. President Donald Trump arrived in Israel in May, he was greeted by my article in The Jerusalem Post that called upon him to start the process of moving the US embassy to Israel’s capital.

I also called on American Jews to do their part in bringing about such a historic step.

It took six months longer than it should have, but President Trump should be commended for the move he announced Wednesday night, and American Jews should be patted on the back for their role in making it happen.

Trump’s decisions demonstrate stronger than ever the massive power of the American Jewish community when it is able to set aside its differences and unite for an important cause.

There is no step that demonstrates better to the world that the US will reward its allies and punish its enemies than America moving the embassy of Israel, its ultimate ally, to Jerusalem, its united eternal capital.

Consequently, there is no bigger blow to terror against Israel, the US, and the world than Trump’s announcement.

Regardless of their opinion of Trump’s policies on domestic issues, anti-Semitism and other elements in his foreign policy, US Jewish leaders must credit Trump for restoring American exceptionalism on Israel.

But the work is not done. We can still not afford to rest on our laurels.

Now that Jerusalem has been recognized by the US president as Israel’s capital, questions remain regarding what Jerusalem will be.

Will Israel be forced to relinquish sizable portions of its capital as part of a diplomatic process with an enemy that has not given up its hope of destroying the Jewish state?

Will the development of Israel’s largest city continue to be stifled artificially by the international community falsely defining its largest northern and southern neighborhoods and its suburbs on three sides as Jewish settlements?

Should Jerusalem continue to remain one of the few capitals in the entire world that does not even have an airport?

Even well-meaning MKs on the Right, such as the Likud’s Anat Berko, have recently proposed relinquishing neighborhoods in Jerusalem just because they are overwhelmingly Arab. Berko’s plan calls for unilaterally relinquishing control over 8.5 square miles in Jerusalem where 300,000 Arabs and very few Jews live.

This is not the time for making concessions in Israel’s capital. It is the time to grow and solidify the city for its residents of all religions and ethnicities, and sectors and to call for people around the world to come and pray.

We Jews have yearned for Jerusalem for more than 1800 years, and now it is miraculously back under our control.

True salvation for Jerusalem will not come from DC but from us realizing that it is DC – David’s City, and it is therefore our obligation to preserve, maintain, and cherish all of it. 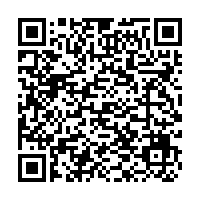