WASHINGTON – The latest battle over religious pluralism in Israel has unleashed a new barrage of criticism and calls for reform aimed at the Orthodox-controlled Israeli Chief Rabbinate.

Unlike major flare-ups in past decades, however, this time it’s not just the Reform and Conservative movements leading the charge – mainstream, consensus-oriented Jewish groups with no denominational affiliations are speaking out, too.

One flashpoint has been the fallout from the Israeli attorney general’s decision to approve government funding for Reform and Conservative religious leaders as “rabbis of non-Orthodox communities” – albeit through the Ministry of Culture and Sports rather than the Orthodox-controlled Religious Services Ministry, which funds Orthodox rabbis.

That announcement drew a caustic response from Sephardi Chief Rabbi Shlomo Amar, who in a June 27 meeting urged more than 100 fellow Orthodox rabbis – including Ashkenazi Chief Rabbi Yona Metzger – to pray “in order to stop the destroyers and saboteurs of Judaism [because] they are trying to uproot the foundation of Judaism.”

“There is a natural backlash on the part of American Jews and American Jewish leaders when the Chief Rabbinate issues such statements,” said Steven Bayme, director of the American Jewish Committee’s Koppelman Institute on American Jewish-Israeli Relations. “As we enter the 21st century, the [Chief Rabbinate] needs to be reevaluted in terms of democratic norms and modern Israel’s relationship to world Jewry.”

In response to Rabbi Amar’s remarks, about 50 Reform and Conservative rabbis protested outside of the Chief Rabbinate’s building in Jerusalem. Two Conservative rabbis filed a police complaint accusing Amar of incitement – a particularly serious claim in Israel ever since the 1995 assassination of Prime Minister Yitzhak Rabin.

The Jewish Federations of North America, which has leaders from across the religious spectrum, but which in recent years has become more vocal on behalf of Israel’s non-Orthodox Jews, was quick to respond.

“It is a fundamental Jewish virtue to ‘love your fellow as yourself.’ We condemn comments that disparage fellow Jews and, in particular, well-established branches of Judaism that represent 80 percent of North American Jewry,” Jerry Silverman, the president and CEO of JFNA, said in a statement. “Statements such as those made by Rabbi Amar only serve to alienate our fellow Jews from our religion, our people and the Jewish state.”

Shortly after that controversy, the board of governors of the AJC – another nonsectarian Jewish organization with no formal ties to either the Reform or Conservative movements – went even further in criticizing the Chief Rabbinate and calling for major changes to the institution.

“In the 21st century, a coercive Chief Rabbinate has become, at best, an anachronism, and at worst a force dividing the Jewish people,” the AJC’s leaders declared in a resolution.

The Chief Rabbinate’s actions “threaten to divide the Jewish people and risk an anti-religious backlash against Judaism itself within the Jewish state,” they wrote. The AJC urged Israel’s government “to undertake promptly all needed actions” to end the Chief Rabbinate’s monopoly over issues of personal status.

The latest wave of criticism comes amid a backdrop of religion-related controversies – tensions between Modern Orthodox rabbis and haredi Orthodox rabbis over conversions; the push for civil marriage in Israel; and the struggle over whether haredi men should serve in the military or continue to be exempt to study in yeshivas.

“Like any human institution, the Chief Rabbinate could use improvement,” said Rabbi Tzvi Hersh Weinreb, executive director emeritus of the Orthodox Union.

“What those improvements would be though requires a lot of thought and a lot of study, and from the OU’s perspective in no way could the Orthodox nature and the halachic nature of the Chief Rabbinate be compromised.”

Rabbi Weinreb stressed that OU congregations and rabbis adhere to the Israeli Chief Rabbinate’s decisions. He added that the process of electing chief rabbis could be refined so that it is “less political.”

The call for radical reform of the Chief Rabbinate was greeted warmly by Reform and Conservative groups.

“It’s a powerful letter from the dead center of the American Jewish establishment weighing in on what the Israeli government and the Israeli public still thinks is a fringe issue,” Mark Pelavin, associate director of the Religious Action Center of Reform Judaism, said of the AJC’s position. “It’s a welcome voice in that debate.” 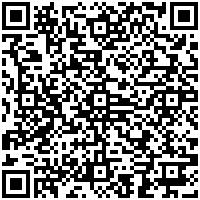